Shaare Zedek Hero Reunited With Girl She Saved From Kidnapper

Shaare Zedek Hero Reunited With Girl She Saved From Kidnapper 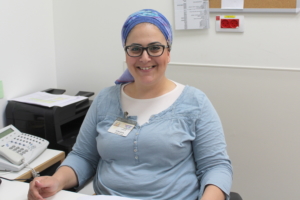 A three-year-old named Nicole Chodkovski wandered away from her mother at a mall in Beer Sheva. Another woman took the little girl by the hand, heading toward a bus for Tel Aviv. The woman began asking for money along the way, telling people that Nicole was her sister and that their mother was waiting for them. A quick-thinking soldier, Moria Baranes, noticed the odd behavior. She told the woman she had money for her but first wanted to meet her mother. The woman grabbed Nicole and broke into a run, with Baranes in pursuit, shouting, “Kidnapper!” The woman finally dropped Nicole in order to get away and the mother and daughter were reunited.

That was 16 years ago. Nicole Chodkovski is now a soldier and recently told friends she wanted to meet the woman who saved her. The IDF located Moria, now 35, at Shaare Zedek, where she works in the Barkai Shor Gynecology Outpatient Clinics. A reunion was arranged at a roadblock Nicole helps guard that Moria drives through regularly.

“Moria saved my life,” Nicole said when they met. “Who knows what would have happened if she would not have noticed me?”

Moria replied, “Wow, those eyes I will not forget. These were the eyes I saw crying while she was being held by the woman who tried to kidnap her. I saved her then and today she watches over me.” 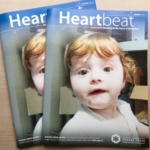 This article first appeared in the Winter ’16-’17 issue of Heartbeat Magazine published by the American Committee for Shaare Zedek Medical Center.

By admin|February 6th, 2017|Heartbeat, News|Comments Off on Shaare Zedek Hero Reunited With Girl She Saved From Kidnapper