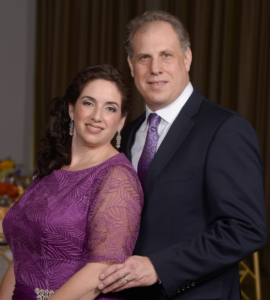 Emma and Bart Baum have lived in Great Neck, NY for the last 17 years. Emma works as a Child and Adolescent Psychiatrist in her private practice in Great Neck and Bart works at a private firm in the financial industry in Manhattan.  Emma and Bart have been heavily involved in the Great Neck Synagogue (GNS) and the North Shore Hebrew Academy (NSHA) over the last ten years. Emma has served on the Board of directors of the GNS and has worked as an assistant in the Early Childhood groups on Shabbat mornings.  Bart currently serves as the Chair of the GNS Youth Program and sits on the GNS Executive Board.  Emma and Bart have both served on the Board of the NSHA and Bart is currently on the NSHA Executive Board.  With their shared passion for teaching and caring for children, Bart and Emma were thrilled when asked to take part in Shaare Zedek’s first Children’s Champions event in 2006 as co-chairs of the Great Neck committee.  Emma and Bart’s children are also involved in raising money for Shaare Zedek and share their parent’s passion for helping others. 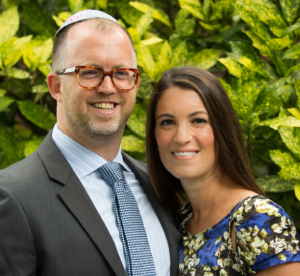 Talia and Sol Goldwyn live in Great Neck, NY. Sol works in finance as a portfolio manager and Talia is a research analyst. They initiated the 1st Children’s Champions Event for young couples in 2006 and helped get couples involved from many communities in order to dedicate key equipment for the children and newborns at Shaare Zedek’s Wilf Children’s Hospital. They have co-chaired the Great Neck Committee for the Children’s Champions event for almost ten years and are proud parents to Isaac, Reese, Oliver and Bubba. 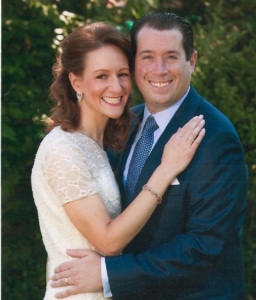 Jessica and Jeremy Kirschner live in Woodmere, NY. Jessica is a pediatrician who practices in Cedarhurst and West Hempstead. Jeremy is a partner in an accounting firm based in Great Neck.  Jessica and Jeremy’s involvement with Shaare Zedek began after Jeremy’s father passed away in 2004 and his family made a donation to the pastoral fund to provide support to families dealing with illness. Motivated by Jessica’s commitment to healing children and preserving Jeremy’s father’s memory, Jessica and Jeremy became involved with the Children’s Champions events as Co-chairs of the 5 Towns committee and imparted that passion to their three children, Michelle, Jordan and Benjamin.  As part of her bat mitzvah celebration, Michelle made a generous donation to Shaare Zedek, along with three other organizations. Through dance competitions, Michelle’s friends helped her determine how to divide her donation and contribute to the children of Shaare Zedek. 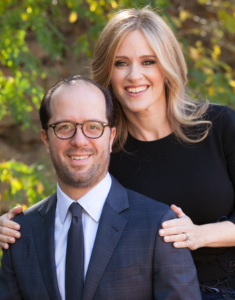 Michelle and Michael Nachmani live in Scarsdale, NY with their three children. Michael serves as the Chief Operating Officer of Rubric Capital Management. Michelle is pursuing a Masters degree in Social Work at Fordham University. The Nachmanis first became involved with Shaare Zedek through the Children’s Champions event in 2006 and they have co-chaired the Scarsdale committee for many years. Michael also served on the Shaare Zedek National Board for several years. Michelle and Michael are very proud of their three children who understand the significance of chesed through their parents’ leadership roles at Westchester Day School and the Young Israel of Scarsdale.
We are truly honored to present the Baums, Goldwyns, Kirschners and Nachmanis with the Jerusalem Champions Award for the many years they have helped support Shaare Zedek and the Wilf Children’s Hospital.

The Dinner Sold Out! To Place a Journal Ad, Please Continue: