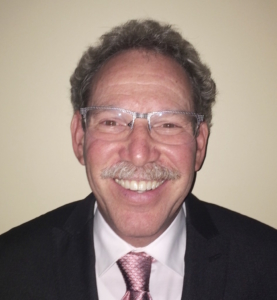 Dr. Howard Zvi Goldschmidt attended the Yeshiva of Central Queens and Yeshiva University High School in Manhattan and received his undergraduate and medical degrees at Columbia. He trained in internal medicine and cardiology at Mount Sinai. He is currently a senior cardiologist at The Cleveland Clinic Valley Heart & Vascular Institute in Ridgewood, New Jersey, subspecializing in interventional echocardiography for diagnosis and minimally invasive treatment of valvular heart disease. He is listed in the guide to “Top Doctors in the NY Metro Area” and previously served as co-chair of the UJA-Federation Physicians Cabinet of Northern NJ. Dr. Goldschmidt is an active participant in the summertime hashkama minyan at Jewish Center of Atlantic Beach and serves as an occasional chazzan , ba’al koreh, and Haftorah reader. He is an avid runner and has competed in the NYC Marathon to raise money for cystic fibrosis research. 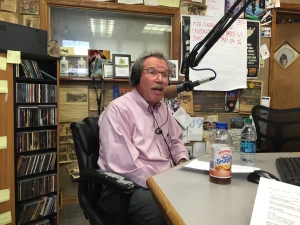 Dr.  Goldschmidt first visited Shaare Zedek Medical Center during Passover vacation in 1998 and attended Coronary Care Rounds. On subsequent visits over the years, he joined the on-call physician for weekend duty on the cardiology unit, attended the pulmonary hypertension clinic and observed one of the many mitral valve “clip” procedures done at Shaare Zedek. Last winter, he was fortunate to spend the month of February at the hospital, teaching and practicing cardiology in the Jesselson Heart Center and the Emergency Department. He chronicled his experiences in a blog and related them in person in an interview on the Nachum Segal Network.

Shaare Zedek has been important to Dr. Goldschmidt’s family for many years. In pre-war Germany, his maternal grandfather, Herman Warisch z”l, was a classmate and lifelong friend of Dr. Falk Schlesinger z”l, the Hospital’s second Director-General. His paternal grandfather, Carl Goldschmidt z”l, served as a board member of The American Committee for Shaare Zedek in the 1960’s and 1970’s and was honored posthumously in the early 80’s. His parents, Helen and Eric Goldschmidt of Kew Gardens Hills, attended many Shaare Zedek dinners and concerts.

Dr.  Goldschmidt’s wife Debbie is an immigration lawyer in Manhattan. Their son Ari is a consultant with Price Waterhouse and son Noah is a biomedical engineering student at Rutgers. Their daughter and son-in-law, Alyssa and Eli Magid, live in Modiin, Israel with their three sons. When he visits, Dr. Goldschmidt loves to explore new places that highlight Israel’s rich history and unique contemporary culture. He is currently studying the history of pre-state Israel during the early 1900’s and hopes to one day teach medicine and history in Israel.

In recognition of his outstanding volunteer service in providing world-class cardiac care to the people of Jerusalem and beyond, it gives us great pleasure to present Dr. Howard Zvi Goldschmidt with the Rofeh Yedid (Physician/Friend) Award.

The Dinner is Sold Out! Thank you! To Place a Journal Ad, Please Continue: