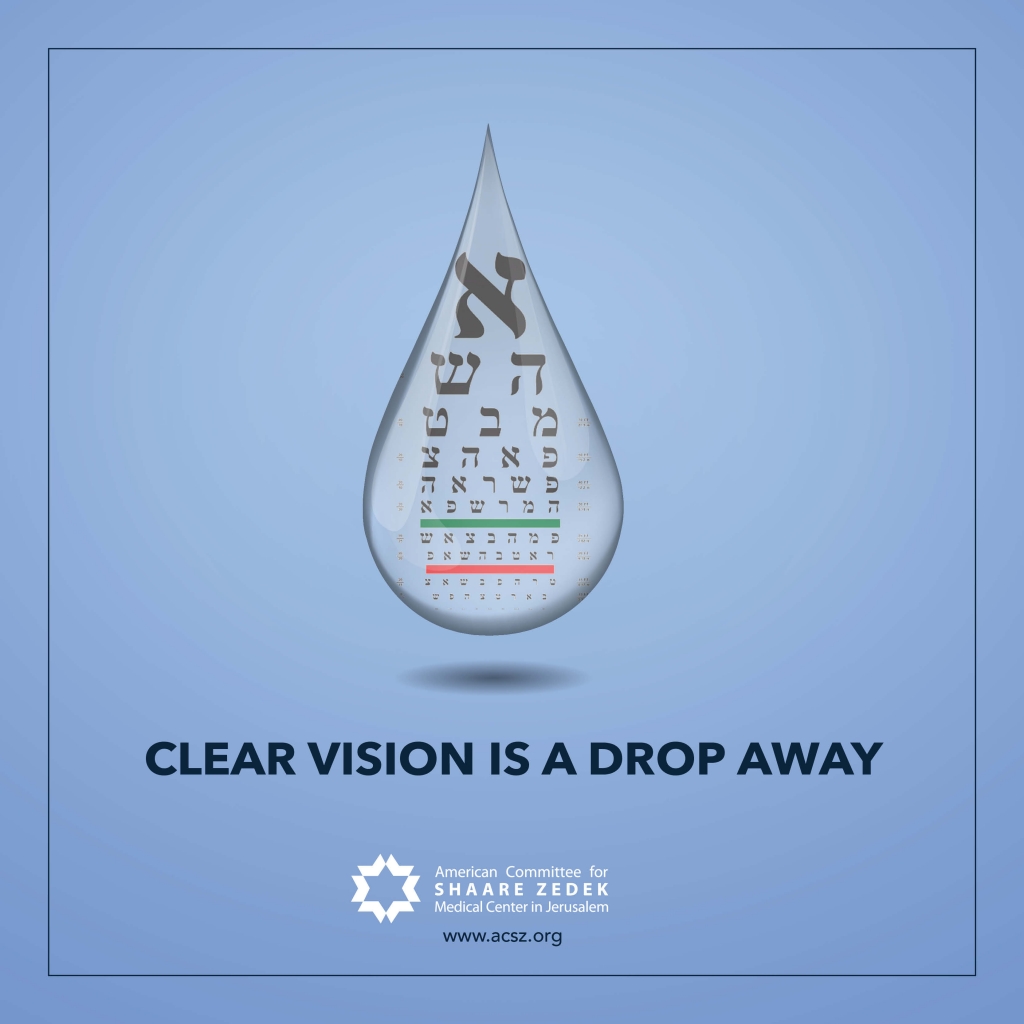 A revolutionary, cutting-edge form of gene therapy developed in the stem cell laboratory at Shaare Zedek has the potential to provide a new alternative to eyeglasses, contact lenses, and laser correction for refractive errors.

The technology, known as Nano Drops, was developed by Chief of Refractive Surgery Dr. David Smadja, who also heads Shaare Zedek’s Research and Innovation Unit, in cooperation with colleagues at Bar-Ilan University, where he is also a researcher.

In the future, patients may be able to undergo a three-part procedure that begins with a measurement taken by a smartphone app. Part two is a minor procedure with a low-powered laser linked to the smartphone app. In milliseconds it painlessly creates an optical pattern on the eye — tiny corneal spots that allow for part three. At home, the patient would periodically apply nanoparticle eye drops to activate the optical pattern and modify the optical power of the eye at the desired correction.

“The idea is to find a way to modify the trajectory of light with eye drops, not just by changing the shape as we are doing with glasses, contact lenses or laser refractive surgery, but by modifying the refractive index of the cornea. So, we can just play with the light and change the trajectory in order to get all the light in focus,” Dr. Smadja explained.

The shape of the optical pattern can be adjusted for correction of myopia (nearsightedness), hyperopia (farsightedness) or presbyopia (loss of accommodation ability).

This promising technology has been shown to efficiently correct nearly three diopters of both myopia and presbyopia. Upcoming experiments will allow the researchers to determine how long the effect of the Nano Drops will last after the initial application. Since the drops would need to be reapplied from time to time, the procedure is considered temporary, but it would preclude removing significant portions of the cornea with traditional, more invasive laser surgery.