Shaare Zedek Medical Center welcomed its first patients to the Wilf Children’s Hospital on Tuesday, May 5, 2015.  Children hospitalized in the Jean and Eugen Gluck Pediatric Pavilion were transferred from the Sixth Floor of the Main Building into the new Jean and Eugen Gluck Department of General Pediatrics in the Nagel Family Pediatric Inpatient Pavilion on the Seventh Floor of the Next Generation Building.  The move was an extensive logistical effort, taking into account that many of the patients are bedridden and connected to monitoring equipment and IVs.

The development of the Inpatient Pavilion was made possible through the generosity of Jack and Gitta Nagel of Los Angeles, long-time Shaare Zedek leaders and supporters.  The May 5th opening of the new facility coincided with the 70th anniversary of Gitta Nagel’s liberation from captivity and years of hiding from the Nazis.

The Pediatric Outpatient Pavilion was given by Rabbi and Mrs. Jacob Friedman, close friends of the Nagels, who are also from Los Angeles.  The Friedmans, Holocaust survivors, are highly respected and generous supporters to many Jewish and Israeli organizations and institutions.

Shaare Zedek’s Director-General Professor Jonathan Halevy, who was closely monitoring the opening of the new facility from Kathmandu, Nepal, where he is directing the Internal Medicine Ward of the IDF Field Hospital set up in the wake of that country’s devastating earthquake, said,  “This is truly a memorable day for Shaare Zedek and indeed for all the people of Jerusalem as the Wilf Children’s Hospital will enable our medical center to offer a significantly expanded level of care and deliver the best response to the needs of our community.”

He thanked the Nagels and the Friedmans, saying, “This facility, designed to improve health and promote life, serves as the perfect reflection of how you have rebuilt your lives in the face of the ultimate darkness of the Holocaust. It is therefore so fitting that these first young patients, who represent our future, are being treated on this remarkable anniversary.”

Gitta Nagel, in describing her emotions on this most special day, said, “Who would have believed seventy years ago, after all that we went through, that Jack and I would have the privilege of sponsoring this most important addition to the historic Shaare Zedek Medical Center in Jerusalem. We know that the children of Jerusalem will receive outstanding medical treatment and grow to be active and successful Israeli citizens. This is a very emotional day for me, one that I will never forget.”

The new Wilf Children’s Hospital has been built to the highest standards of patient safety and is inspired by designs of leading pediatric facilities around the world.  At approximately 34,000 square feet each, both the Nagel Inpatient and Friedman Outpatient Pavilions represent a significant expansion over the former pediatric facility.

The interior aesthetics of the new Hospital were carefully designed to benefit patients, staff and visitors.  Upon entrance, one immediately takes note of the bright and “child-friendly” colors and layout designed, with the assistance of Mrs. Nagel, to allay children’s fears and provide distraction from any discomfort that comes from hospitalization.

“A modern children’s hospital is not simply an issue of ensuring we have the best equipment and medicines, which I am proud to say we have here in this new center,” said Professor Yechiel Schlesinger, Director of the Wilf Children’s Hospital.  “It is also about creating an environment that promotes healing and optimal relaxation for the patients and their families. This was the vision which guided the development of this new hospital.”

Also opened is a fully operating school for the children.  The Lincoln David Abraham Pediatric Educational Institute is located at the center of the Nagel Pediatric Inpatient Pavilion. The Institute comprises a large complex where children can feel relaxed and focus on their studies, with the guidance of the Institute’s experienced staff.

A gala dedication ceremony is being planned for August 20th, 2015. 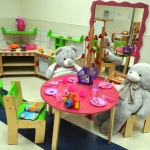 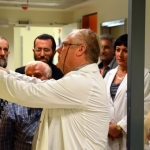 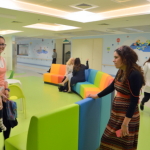 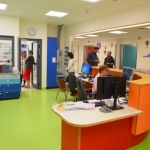 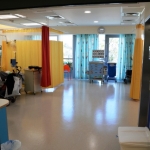 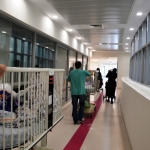 About the Author: Shuli Levine