I am excited to become a Bat Mitzvah this year and have decided, for my mitzvah project, to raise money for Shaare Zedek hospital. I have a special connection to the hospital because my great-great-great grandfather R. Yaakov Mann was it’s builder.  Please help me honor him by supporting this very special place.  The money raised will go towards Shaare Zedek’s new cancer center building opening in 2022. 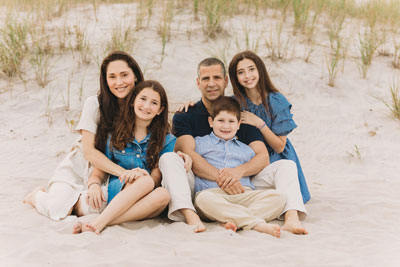 Reb Yaakov Mann, Builder of Jerusalem
Reb Yaakov Mann arrived in Jerusalem with his family from Russia in 1859 and would go on to build nearly a dozen neighborhoods in Jerusalem. He is often referred to as the “Builder of Jerusalem” “Jerusalem Expander” and the “Father of Manual Labor.” One of Reb Yaakov Mann’s crowning achievements as a builder, was the development of Shaare Zedek hospital. The construction of this building served as a school for Jewish builders, as it was very important to him to have Jews build the land. While working on the construction of Shaare Zedek, Reb Yaakov corresponded with the hospital administration in Germany. The officials had marveled at his excellent plans, broad knowledge of construction and exemplary artisanship. When asked where he had studied engineering and architecture he answered, “My school of higher learning was the Tractate Eruvin with the commentaries Rashi and Tosfot.” There was great joy and triumph when this grand structure was complete and deep admiration and gratitude for the hospital founder, Dr. Wallach and Reb Yaakov Mann. Charity was of the utmost importance to Reb Yaakov Mann and he was very careful to donate at least a tenth of his profits in construction to charity. In fact, Reb Yaakov Mann believed he was overpaid for the construction of the hospital. Dr. Wallace disputed this, and told him he was in fact not overpaid, and was adamant that he owed them nothing. Finally, Dr. Wallach agreed to allow Reb Yaakov Mann to send the hospital a sum of money every month and Dr. Wallach would issue a receipt without a name, so that an anonymous gift was donated to the institution. Reb Yaakov Mann was not only a skilled builder, but a renowned Talmid Chacham who was revered for his righteous character and honesty in both his personal and professional life. Here is a link to the recent Times of Israel article.

The Shaare Zedek Cancer Center will provide a holistic approach to cancer care, offering patients cutting-edge technologies and state of the art therapies in an environment of hope. Incorporated into the design of this new, four-floor Cancer Center will be an atrium with gardens and sunlight creating a warm and comforting atmosphere for our patients. The building itself will be designed to look like a butterfly and will inevitably become one of the outstanding visual landmarks of the Jerusalem area.