Four-peat! Fourth Year for ACSZ as a Four-Star Charity on Charity Navigator

Four-peat! Fourth Year for ACSZ as a Four-Star Charity on Charity Navigator 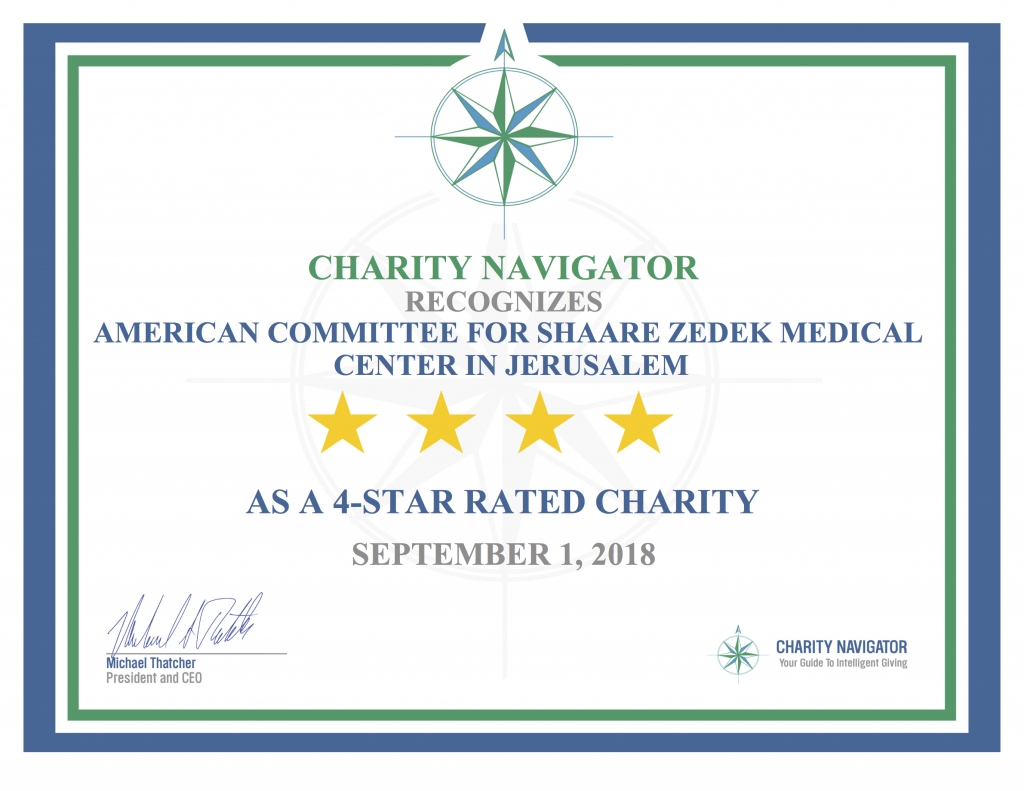 For the fourth year in a row, the internationally-respected evaluator of not-for-profits, Charity Navigator has designated American Committee for Shaare Zedek as a four-star charity, its highest rating. ACSZ achieved the coveted designation “for demonstrating strong financial health and commitment to accountability and transparency,” according to Michael Thatcher, CEO, and president of the rating agency.

This significant recognition underscores the great care taken with every dollar of tzedakah entrusted to the American Committee on behalf of Shaare Zedek Medical Center in Jerusalem.

There are more than 1.5 million registered non-profit organizations in the United States. Click here for more information. 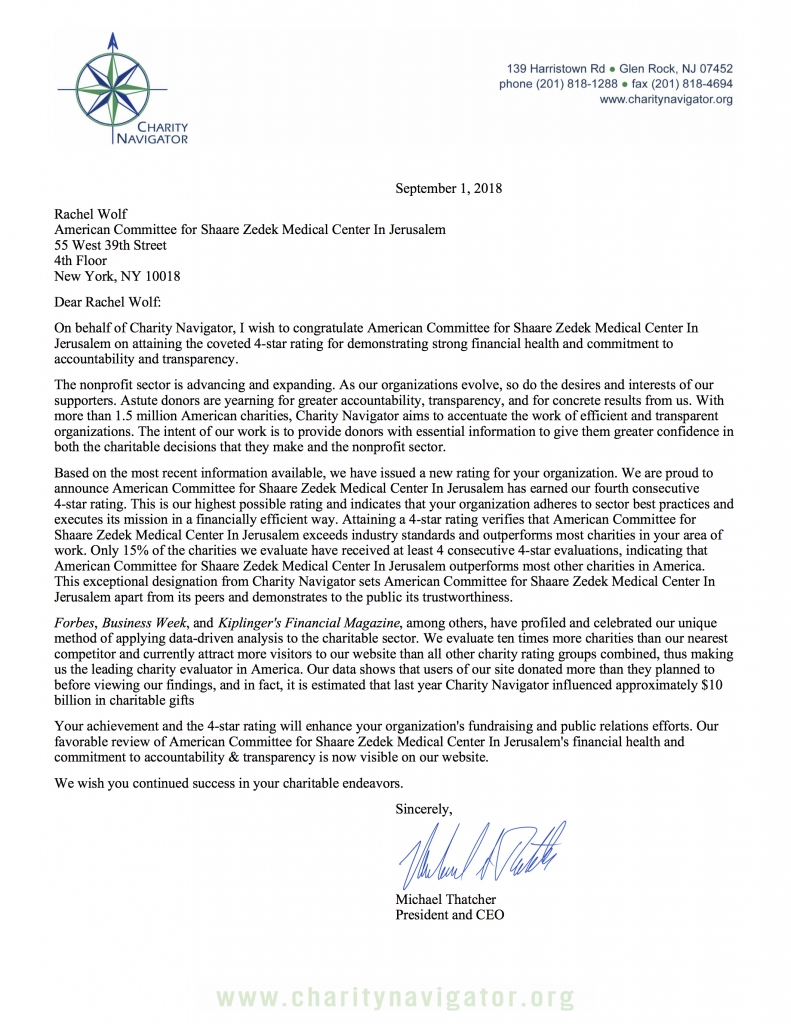 By admin|September 4th, 2018|Announcements, News|Comments Off on Four-peat! Fourth Year for ACSZ as a Four-Star Charity on Charity Navigator