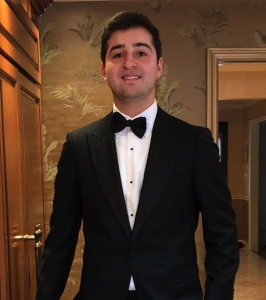 Ari Baratz graduated this summer from Yeshiva University’s Sy Syms School of Business with a major in Finance and minor in Management.

In the summer of 2017, his bubby, Sarah Hammerman a”h, passed away. Ari wanted to run a charity event in her memory and decided a basketball tournament would be a great way to have everyone come together in memory of his bubby while raising money for a great cause. Since his grandmother passed away from cancer, the $18,000 that was raised was donated to the new Radiotherapy Oncology Institute under construction at Shaare Zedek.

During his year in Israel Ari visited Shaare Zedek and was so amazed to see the care each patient received. It is an honor to present Ari with the Chesed Leadership Award in recognition of his enthusiasm and dedication on behalf of Shaare Zedek.